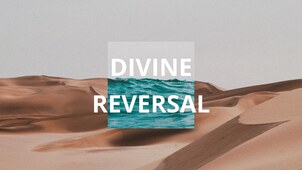 The Divine Reversal:  A New Season is Upon Us
A word from "A Call to the Wall and the Esther Decree"
Purim 2022

"The Spirit of the Lord GOD is upon Me,
Because the LORD has anointed Me To preach good tidings to the poor;
He has sent Me to heal the brokenhearted, To proclaim liberty to the captives,
And the opening of the prison to those who are bound;...
That they may be called trees of righteousness,
The planting of the LORD, that He may be glorified."
Isaiah 61:1-3
VISION:  While in the “Call to the Wall and Esther Decree” 24 Hr Worship, the Holy Spirit began to move with a sense of a fresh wind of the prophetic.  He then took me into a vision of Jesus walking in the heavenlies.  The heavens were filled with people laid out or kneeling with faces to the ground in worship.  Jesus was making His way in the multitude.  Then He began to point His finger at people individually.  Like an X-ray,  hidden wounds were exposed and suddenly vanished in a vapor of smoke.  The person pointed to stood up and came face to face with Jesus with a fresh encounter.  The faces radiated with love and light.

WORD:  We are entering a season when a fresh wind of the prophetic will be released.  Jesus said, the spirit of Elijah "must come first to restore all things” (Matthew 17:11).  In the tumult of war, economic upheavals, and chaos, a new order is being established in the heavens.  Like Joshua the high priest in Zechariah 3 standing before the Lord with satan accusing him, the enemy has worked overtime to discourage, and dismantle God’s people.  However, now, as wars rage and kingdoms shift, we are at an appointed time.  The prophetic spirit is being loosed to release health and healing to dry and weary bones.  In the midst of the storms and upheavals, the spirit of Elijah is rising to restore and redeem.
In this season, blind eyes will see, God is releasing new turbans and garments.  Deaf ears will be unstopped.  Prison doors of hidden jealousy, offense, shame, insecurities, and self-righteousness are being unlocked.  Jesus is reaching in with keys to heal the hidden and deep roots of bitterness produced by rejection, accusation, and unforgiveness.   Like Joshua the high priest in Zechariah 3, we cannot take our filthy rags into this new season.  Why hang on to intimidation, shame, self-righteousness or offense when the sound of freedom is heralding you to look up from whence your help comes? Why hang on to the pointing finger when God wants to make you a “Healer of the breach and Restorer of Streets to Dwell In” (Isaiah 58:9, 12).  Turn it over to Him!  Come out!  Receive!
As His keys unlock the prison doors, suddenly, we are awakened to a new day!  Our pain becomes a promise; our rejection becomes a release, our weaknesses become an incubator for wisdom.  For God is about to restore all things.  He will make even “the rough places smooth” as we yield into Him (Isaiah 40:4).  He will use all things together “for good for those who are called according to His purpose”  (Romans 8:28).  God is a master at making “beauty out of ashes” (Isaiah 61:3).  No pain is too deep or too complex for the hour of healing and health has come.
Just look up and see His finger pointing at you.  Take His hand. It is being stretched out to you.  Receive His touch, rise up and go.  The harvest fields are waiting for your story.  His power and redeeming life are now flowing through you.  Enter into the abundance of God.  Who knows if God has not touched you for such a time as this?  ​
Then he showed me Joshua the high priest standing before the Angel of the LORD,
and Satan standing at his right hand to oppose him. And the LORD said to Satan,
"The LORD rebuke you, Satan!
The LORD who has chosen Jerusalem rebuke you!
Is this not a brand plucked from the fire?"
Now Joshua was clothed with filthy garments, and was standing before the Angel.
Then He answered and spoke to those who stood before Him, saying,
"Take away the filthy garments from him." And to him He said,
"See, I have removed your iniquity from you, and I will clothe you with rich robes."
And I said, "Let them put a clean turban on his head."
So they put a clean turban on his head, and they put the clothes on him.
And the Angel of the LORD stood by.  Zech 3:1-5

I hear the sound of an army rising and the harvest calling!
Susan Rowe