The 9th hour is a biblically significant time of day.  As Watchmen, we are being alerted to the spiritual import of this hour accentuated in the scriptures.  The 9th hour is 3pm, the time Jesus died on the cross and the veil was forever rent offering all access to Him, Mt. 27:46-51.  It is the hour Peter and John performed the first miracle after Pentecost, Acts 3:1.  It is also the hour the angel appeared to Cornelius and told him his prayers had been heard in heaven and instructions were given as to how to fulfill them, Acts 10:31.
In Jewish tradition, there were regular hours of prayer inferred from the following: The first hour of prayer coincided with the morning sacrifice 9am, the second was the sixth hour, or at noon, the third hour was at 3pm. 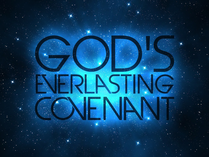 In times of increasing stress and distress in personal lives and in and between nations, it is important to understand God's covenant with Israel.  It is His ultimate peace plan.  Otherwise, we can get tossed to and fro wondering why all the concern over Israel and what about my country, my city, my life in which problems are seemingly out of control.  God's plans are to prosper and not harm us (Jer 29:11).  Through Israel, God has revealed His plan to ultimately bring all things into order under His feet.  It is a promise...a covenant.  A covenant is an agreement, or contract between two or more parties.  In the Bible, however, covenants take on a commitment like a treaty with no negotiation of terms allowed.  God is the author and people had/have the choice to accept or decline it.  Foundational to this understanding is that the author is God the creator, and we are His creation.  Our well-being is dependent on His love.   One of the most important covenants God made was with the Israelites.  The Lord said to Abram: From this statement, God promised that His purpose and plan for salvation, protection, provision, and blessing would center and filter through Israel.  Paul says in Romans 9:4-5, "They  are Israelites, to whom pertain the adoption, the glory, the covenants, the giving of the law, the service of God, and the promises; of whom are the fathers and from whom, according to the flesh, Christ came, who is over all, the eternally blessed God."
God does not revoke His covenant.   His covenant is not with the words of the law, but with the people.  As centuries have passed since Christ's birth, death, and resurrection, the covenant is still there.  It is His promise and He does not break it...we do.  Disobedience is not His choice, it is ours.  Disobedience to God's covenant was Israel's choice.   They disobeyed.  Through disobedience to the law, God continued to fulfill His part as Creator by adding a new dimension to the covenant through the "New Covenant," through Jesus Christ, an Israelite.   This new covenant is spoken in Jesus' own words:   Jesus paved the way for all, Jew and Gentile, to enter into the blessing God has for those who believe.  Throughout history, Israel and Jerusalem are and will be the center-fold of God's end-time plan.  As such, praying for Israel in these escalating times aligns us with God's heart and His plans and purposes for all nations, tribes and tongues.   Strategic prayer for Israel aligns us with the purposes and plans of God as His end-time plan unfolds. 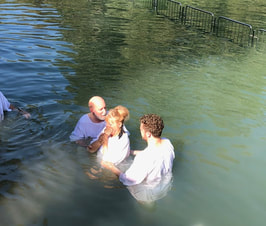 Pray for repentance  for eyes to see and hearts to desire to know Jesus:
Prayer for Salvation in Israel:
Prayer for the global harvest:

Sending and Strengthening of the Laborers 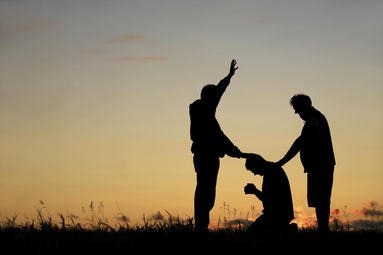 ​​Prayer for the call of God to be heard and people respond: For the equipping of the harvesters: For the fullness of the Gentile Church: