From Passover to Crossover
"Did they know?" 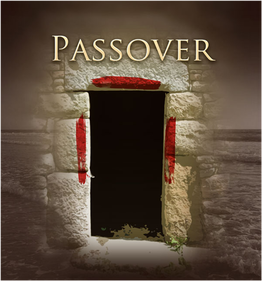 As the world struggles with the complexities of the COVID-19 pandemic, in many ways, we are in an analogous time to the first Passover.  As Watchmen, God is calling us under the doorposts of His Presence, to fellowship with Him in preparation for what is to come.  As we look at the careful instructions God laid out for Israel in celebrating the Passover, Exodus 12, what was happening in the Jewish mindset?  As they celebrated, did they know God’s plan for them as a nation?  Put yourself around their table and imagine the conversations.  They did not have the Torah then, or the written word.  Yes, they followed God’s instructions for Passover, but what was the deeper eternal meaning?  Did they know they were about to take a giant leap into God's redemptive plans for them, the nations, and centuries that would follow?  One would have to wonder whether they truly understood what was about to happen.
After four centuries of slow indoctrination into a slave culture, the moment came for a divine disruption of 'Life as usual.'  Moses showed up on the scene and God began to move culminating in an explosion of His power as He parted the Red Sea.   Witnessing and walking through a miraculous deliverance, they joyously touched ground on the other side.  There was much celebration with singing and dancing.  "I will sing to the Lord, for He has triumphed gloriously," Exodus 15:1 was their song.  However, within three days after the miraculous crossing of the Red Sea, they were complaining and wanting to go back to Egypt, Exodus 15:24.  Did they know their destiny and purpose?  Again, in the wilderness journey, it did not take long for them to fall into idolatry with the Golden calf.  In both instances, the consequences of their lack of understanding, or faith were great.  It delayed the fulfillment of their promises and in many ways blinded them to the future.
In a similar way, we are in a divine disruption not only with the plague of COVID 19, but escalating wars, natural disasters, and tensions.  Do we know who we are?  Do we know why we have been called into the Watch?  In approaching the Passover season, we are greatly sensing the invitation and call of God to gather under the mantle of His presence, the doorpost to His heart, to prepare for the coming season.  God is calling us to sanctify ourselves, secure our foundations, strengthen our purpose in order to go through the gates, and prepare the way for the future.  We invite you into these special sessions “The Watchman Bootcamp” to secure the ranks and prepare to advance His Kingdom and for  what is to come.