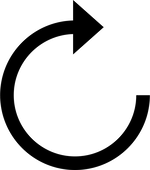 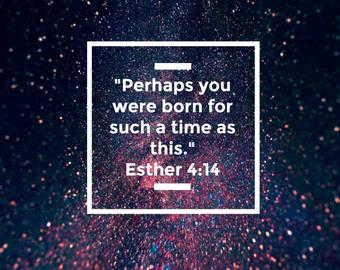 The Bible is filled with examples of people living in troubled and corrupt environments.  From Joseph, Moses, Deborah, Esther, Isaiah, Jeremiah, Ezekiel, Daniel, the minor prophets, to Jesus, the twelve disciples and the Acts Church, all had their challenges.  There were two things in common in all of their lives.  First, they did not withdraw from the culture, but engaged with it.  Secondly, they were solidly grounded in the love of God and in His word.  Below is a guideline to help us stay focused and moving forward as Watchmen in days of adversity.  May they help us build a strong wall of living stones connected with tempered mortar and keep us moving forward for the Kingdom.
Application for today:  Unrighteousness in our government(s) will be an important challenge in the coming months and years as the political landscape becomes increasingly hostile to Christians and our values.  Paul wrote, “submit … to the governing authorities” (Romans 13:1) and pray “for kings and all who are in authority, that we may lead a quiet and peaceable life in all godliness and reverence” (I Timothy 2:2).  Peter wrote, “Therefore submit yourselves to every ordinance of man for the Lord’s sake, whether to the king as supreme, or to governors, as to those who are sent by him for the punishment of evildoers and for the praise of those who do good.  For this is the will of God, that by doing good you may put to silence the ignorance of foolish men—as free, yet not using liberty as a cloak for vice, but as bondservants of God,” 1 Peter 2:12-16.  These words are even more striking when we realize that Peter and Paul penned them during the reigns of the Roman emperors Nero and Caligula, two of the worst tyrants known to history who would eventually kill both of them.

The question is, how do we handle these difficult scenarios now unfolding before us.  In the middle of brutal Roman empire and government, Paul states, “For there is no authority except from God, and the authorities that exist are appointed by God,” Romans 13:1. Even Jesus affirmed Pilate’s authority, “You would have no authority over Me, unless it had been given you from above,” John 19:11.  Jesus responded to Pilate knowing God’s word.  He knew His calling.  He knew a redemptive plan was unfolding, even though he would face unfair judgments, brutal beating and death.  He trusted in God’s redemptive plan.  As the spirit of the Antichrist is rising in the nations, we need to be grounded in His Word with a spirit of wisdom and revelation in how to respond.  In the end, God will give authority for a limited period (forty-two months) to the Antichrist or “Beast”, Rev. 13:5, 7, but it does not mean that God approves of him.  However, we can trust that God will work out governmental systems for the ultimate redemption of mankind, Isaiah 11; Rev 21:22-27.


Stance of Watchmen:
Our Job as Watchmen
How to pray for unrighteous government
References:

Richardson, Joel:
The Islamic Antichrist
The Mideast Beast
From Sinai to Zion

Rosenthal, Marvin
The Pre-Wrath Rapture of the Church

Rowe, Susan
Remnant Rising:  A Watchman Call to the Nations