And forgive us our sins, as we have forgiven those who sin agains us
Matthew 6:12

If My people who are called by My name will humble themselves, and pray and seek My face, and turn from their wicked ways,
then I will hear from heaven, and will forgive their sin and heal their land.
I Chron 7:14 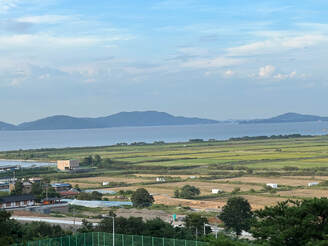 Cornerstone Ministries International invited us to a  strategic prayer journey for the healing between North and South Korea.  Through strategic prayer along the borders of North and South Korea with a contingent of people representing the nations that fought in the Korean War (see below), we prayed for forgiveness, the salvation,  and ultimately the healing of North and South Korea.  North Korea has a tremendous revival heritage in Pyongyang, 1907-1910.  It became known as the "Jerusalem of the East."  We are now in a season of the spirit of Elijah who will come to "Restore all things" (Matthew 17:11) and believe it is time to re-dig that well.

Key message of "We Forgive North Korea:"  What if by letting go of our offenses and need to be right and forgiving those who have hurt us, we can influence God to redeem nations.  That’s what God's word promises and "We forgive North Korea" was and is all about.

Nations in the Korean War:

Report of “We Forgive North Korea” 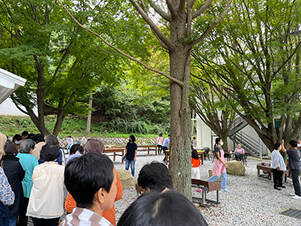 What happens when you bring 16 different nations most of whom had not worked together before, into foreign territory for a high level assignment?  A lot of raised eyebrows and questioning hearts.  Though many felt the assignment to “We Forgive No. Korea” an important assignment and step towards bringing a deeply divided nation closer together, we did not know what to expect.  In summary, God did a remarkable work of bringing diverse cultures, different viewpoints, personalities, ministry backgrounds through three days of prayer, worship, brief coaching.  Starting widely disconnected and diverse, we came through at the end "As one."  The Presence of God was palpable and we could sense that the mission at least for this gathering was accomplished.  For all who participated onsite and offsite in praying for us, I sense the Lord saying, “Well done good and faithful servants.” 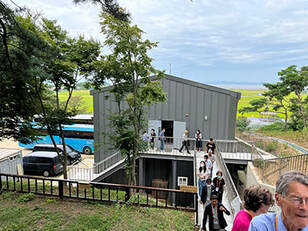 Day 1
Morning:
We convened at the Cornerstone Training Center on Gangwha Island.  The day opened with video instruction and introduction to the vision/mission and history of Cornerstone Ministries to North Korea.  The session went into prayer for forgiving North Korea.  South Koreans came forward to pray for forgiving North Korea focused on three roots of the “personality cult” now presiding.
Time of releasing forgiveness to N Korea for worshipping idols in a “Personality” CultThere was a meaningful time of embracing No.Koreans and receiving them into South Korea.    ​ 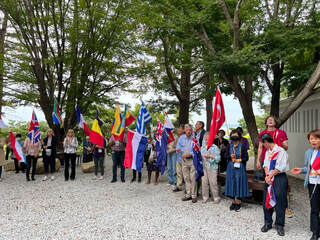 Prayer and declaration of scriptures focused on forgiveness were spoken over No. Korea from Cornerstone’s training center as participants held the flag of their nations.  The names of those who died in the Korean War on a flash drive were buried on the grounds of the training center as scriptures were declared.

We traveled back to  Grace Hill for dinner with a growing sense of camaradarie and purpose.

Day 2 September 15th
We traveled from Grace Hill to Cheolwon where we prayed and worshipped at a church site destroyed during the Korean War.  We were led to do a Joshua’s march seven times around the church site, then shouted (Joshua 6:1-7). Several corporate prayer sessions followed through group participation.

We encountered a sign with a 360-degree rainbow around the sun.  This was a unifying sign as people realized God’s oversight and His answer to prayer.  Do you see the cross in the middle of it?
​ 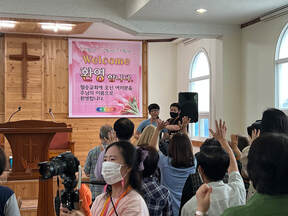 From the church, we went to a military base at Cheolwon.  It is in the center of Korea and has a church on base.  There was a significant view of No. Korea from the base.  We convened in the church and spent time worshipping and praying via “Rapid Fire” type prayer.  The camaraderie amongst the participants was palpable despite the different languages represented.

We then went to the over-look where each of the countries declared, “We ‘name of country’ forgive North Korea, in the name of Jesus.”   Each country carried its own weight and spiritual impartation.  It became very poignant when the defectors from North Korea came forward.  Though difficult, they were able to express their forgiveness.

The day culminated in a family type dinner along the way back to Grace Hill.  The atmosphere and camaraderie was palpating with the love of Jesus.  ​
Day 3 September 16
The final and last day opened with breakfast at Grace Hill.  We convened in an amphitheater where a video regarding No. Korea was played.  This was followed by declarative prayer and a time of ministry to No.Koreans with foot washing.  Communion sealed the time together.   The Presence of the Lord was palpable.  There was a long departure time as people embraced, took pictures, and expressed their love and appreciation for one another.  Thank you to Cornerstone ministries for a well-planned encounter with the culture of Korea and opportunity to gather once again for His Kingdom purposes.  We look forward to what God will do with the prayers, and sacrifices all made to participate.
Comments from Participants

Lessons from the Korea Message
Forgiveness

First mention forgiveness:  Neh 9:17
But they and our fathers acted proudly, Hardened their necks, And did not heed Your commandments.
They refused to obey, And they were not mindful of Your wonders, That You did among them.
​But they hardened their necks, And in their rebellion They appointed a leader To return to their bondage.
But You are God, Ready to pardon, Gracious and merciful, Slow to anger, Abundant in kindness,  And did not forsake them.
lîyḥâ; from 5545; pardon: — forgiveness, pardon.  Biblical concepts on forgiveness: 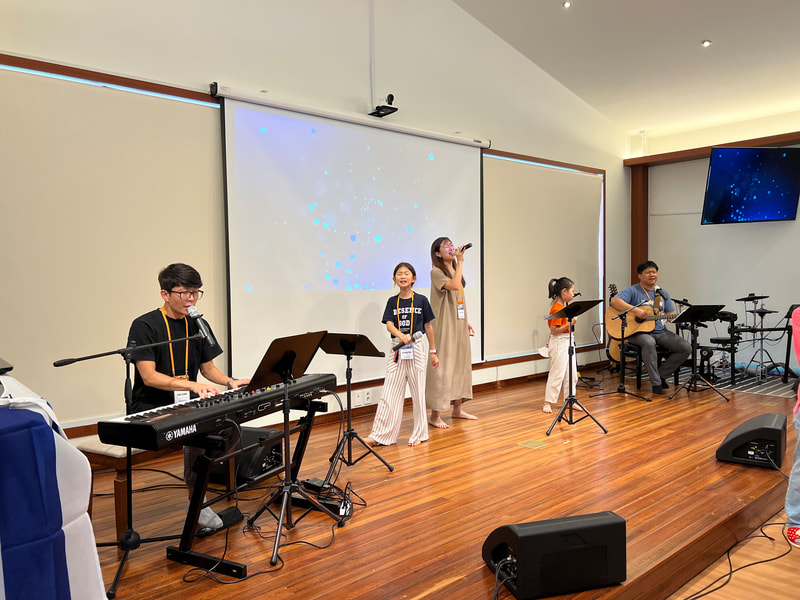 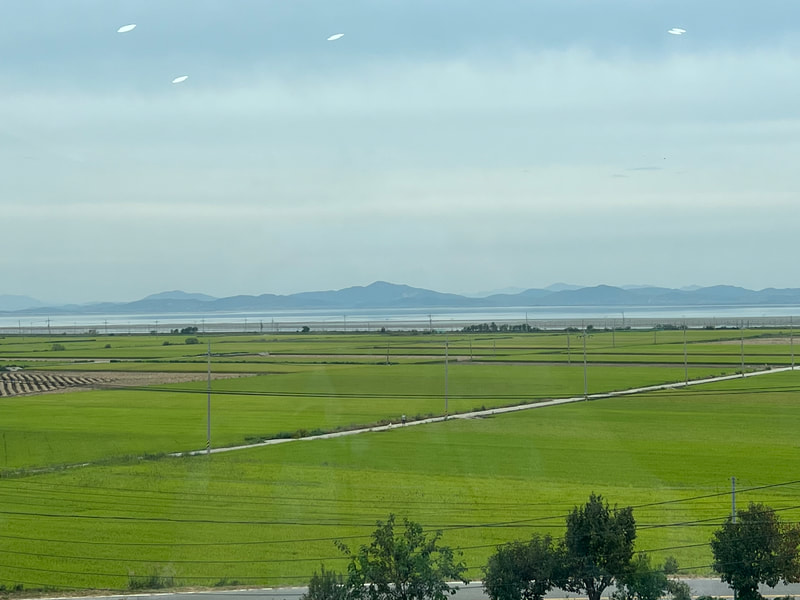 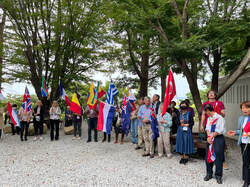 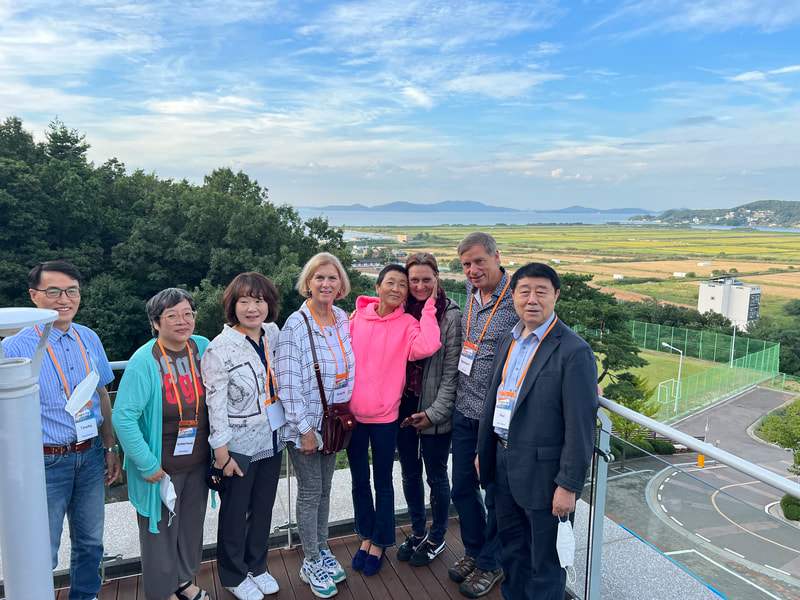 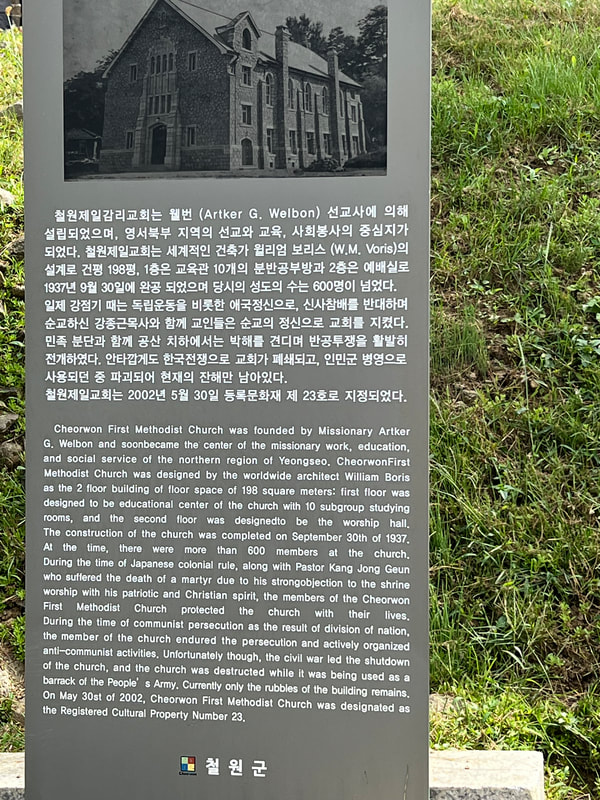 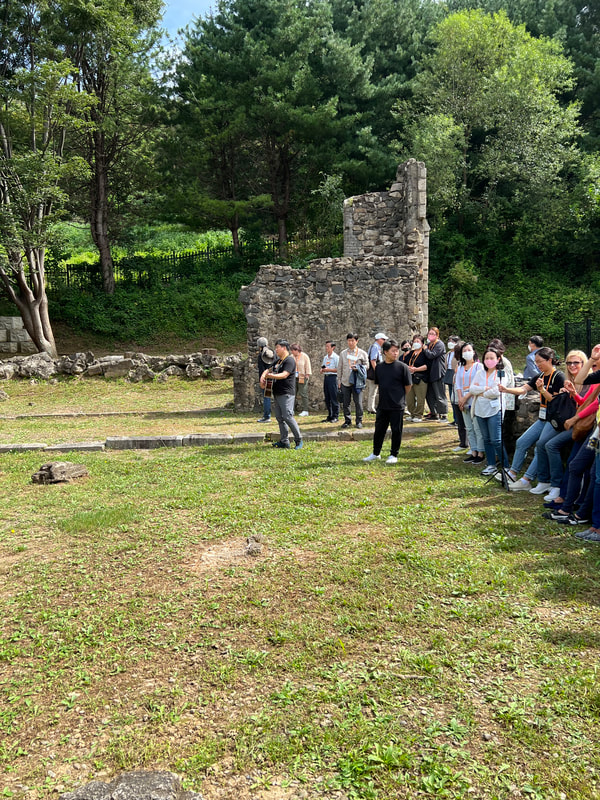 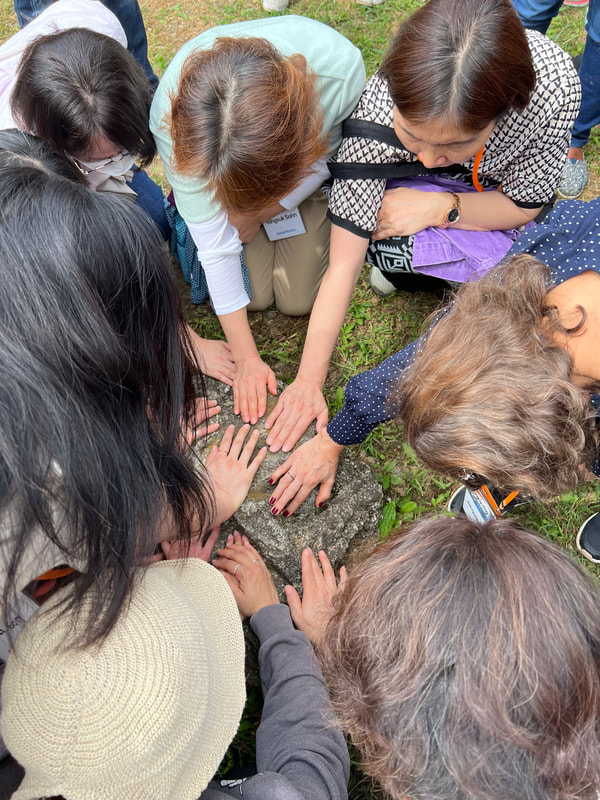 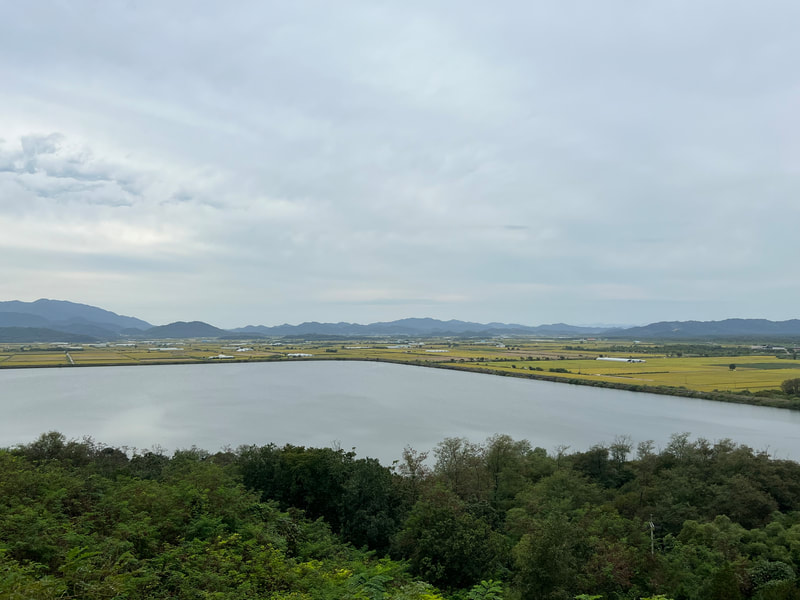 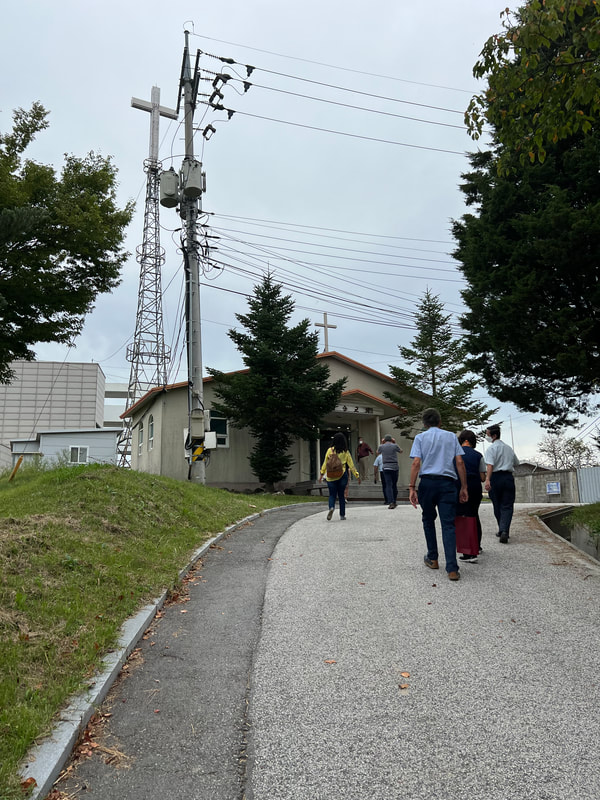 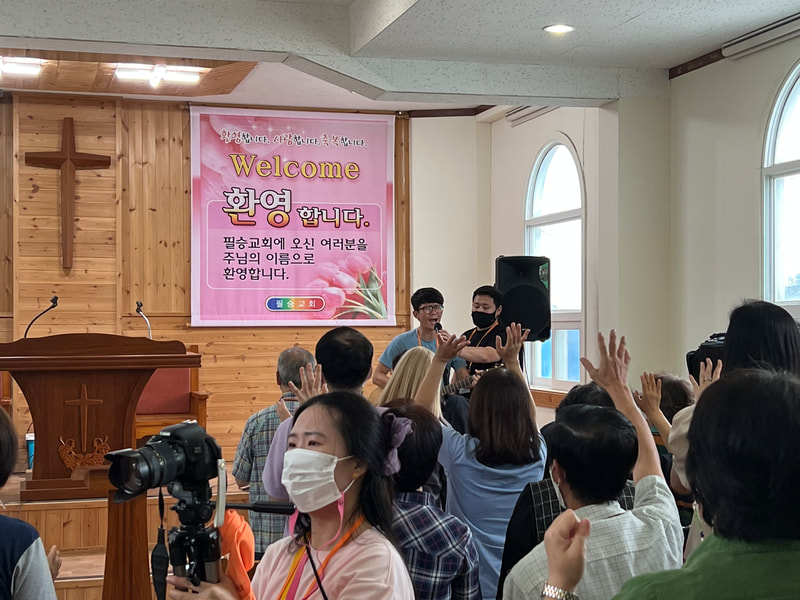 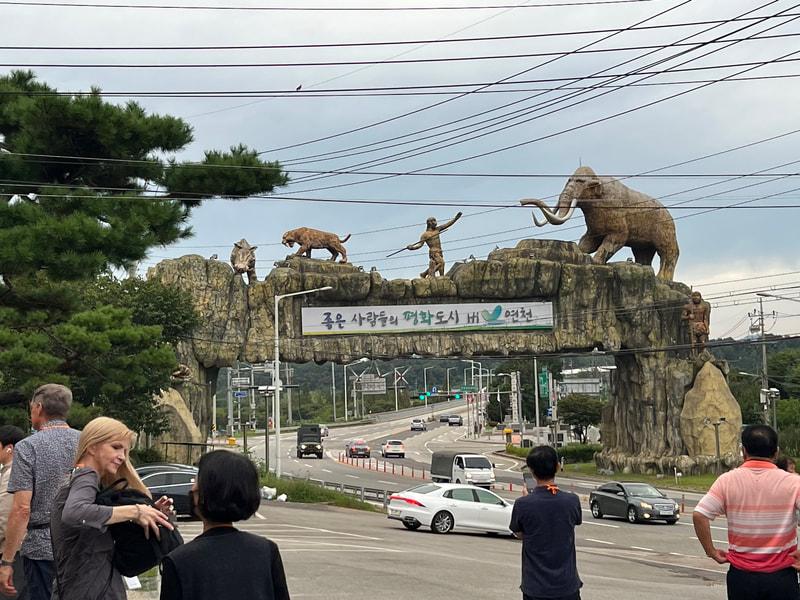 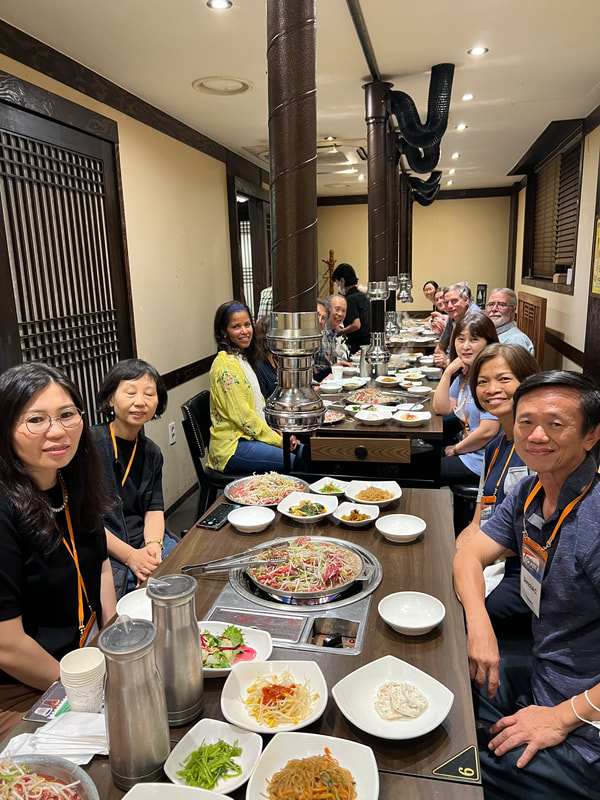 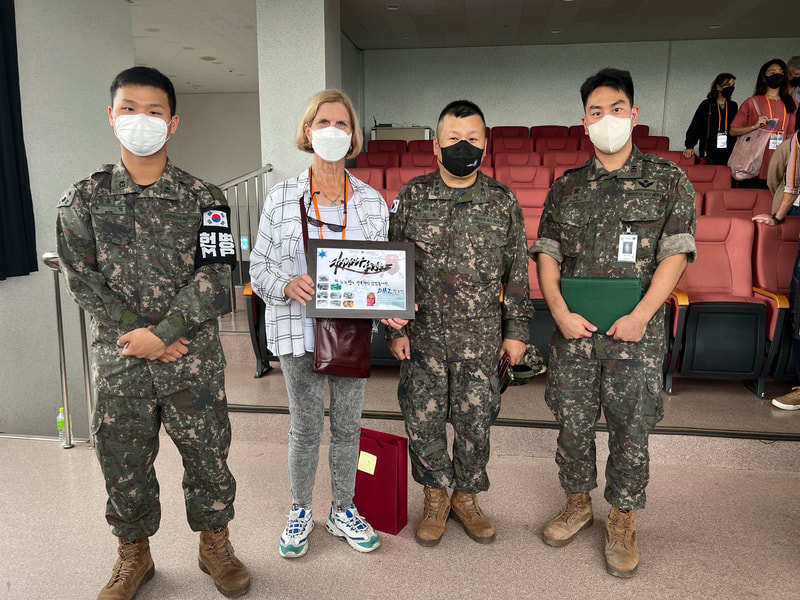 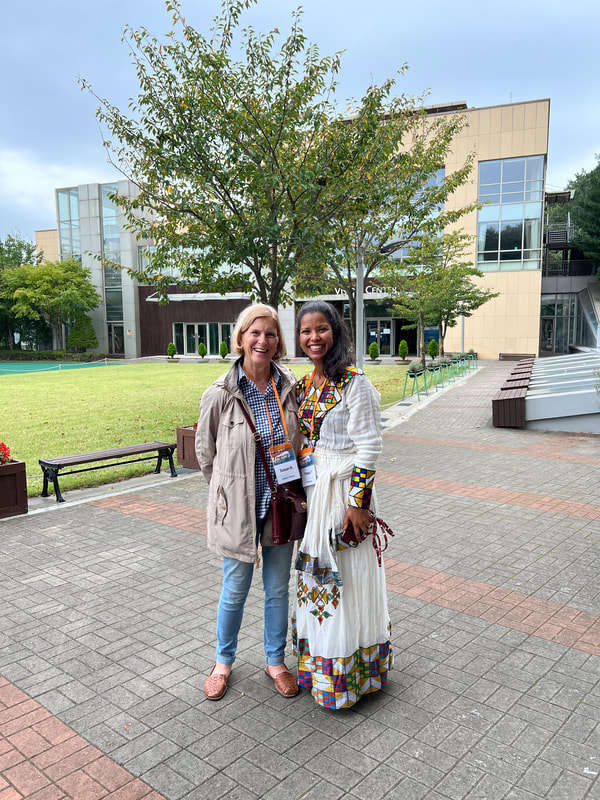