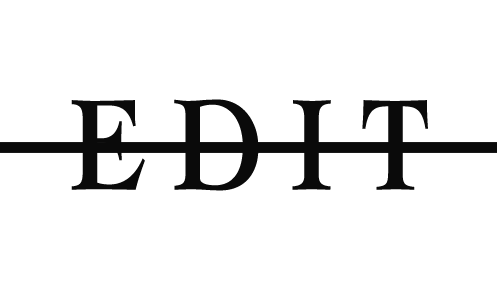 The Corona Virus:  The Divine Pause for the Divine Edit
Part I

Then it came to pass, when Pharaoh had let the people go,
that God did not lead them by way of the land of the Philistines,
although that was near; for God said,
“Lest perhaps the people change their minds when they see war,
and return to Egypt."
Ex 13:17

Whatever your view may be, the Coronavirus has hit and its ramifications are manifesting over the face of the earth.  There is no question the reality of the effects of the virus is a not only a physical but also a spiritual battle that is pushing an agenda of fear rocking the economies and governments of this world.  No one alive has been through an epidemic like this with the spiritual force of "Fear" behind it.  Fear is gripping the headlines of the news pushing its agenda into the hearts mankind.  A global war is raging.  Plans are being disrupted, financial markets are shaking, life as usual, has suddenly and abruptly changed.
Sensing the battle rising heading toward a rapid change ahead, a few weeks ago, I had a vision of an upraised hand.  I sensed the Lord say “Lean into the pause.”  The vision and word made me catch my breath and step back.  It was like confronting a divine “Halt.”  As I took the word to heart, the peace of God settled in.  It was as if, amid the storm, God has called a “Time Out” or "Divine Pause" for those who believe.
Leaning into the pause and yielding to it began a process of re-arranging life “As usual.”  Suddenly, what I thought was important paled in comparison to what I saw opening before me.  That which I thought was going to happen was suddenly deleted and life was quickly rearranged.  It was as if a “Divine Edit,” was happening internally.  Like an editor reviewing a manuscript, words are deleted, and others are added or re-arranged.   When edited, what we were trying to say comes out clearer and more defined.
God is now taking us, the body of Christ, into a time of redefinition.  So it is with our spiritual lives, as His divine editing hand comes upon us, our journey, attitudes, activities, views are either cut out, dropped off, or rearranged.  As we yield to the process, the path ahead becomes more defined.  It does not mean the past does not bear weight, but it transforms and yields into new meaning.  These are God-ordained times when, if we are willing, paradigms of thinking come under the scrutinizing Truth of God’s Word.  What we previously knew or thought becomes much more malleable and melts in the Presence of God, His Truth, and His purposes.
We are in a time like the Israelites at the Red Sea.  Thinking they had been delivered from the plagues of Egypt, they found themselves in a perilous predicament pressed between the Egyptians chasing them and the oceanic waves of the Red Sea.  As fear gripped their hearts, however, they experienced first-hand the majestic power of God opening a way through the Red Sea.  It took one person of faith, Moses, to step foot into the Red Sea in faith for deliverance.  Experiencing such a miracle, they came out singing and dancing to the Song of Moses, Exo 15:1-18. Even then, as they took their first few steps into the wilderness, it didn’t take long for them to forget what God had done for them.  Within three days, they were complaining of thirst.  Finding the bitter waters of "Marah," Moses cried out to God for what they were to drink.  God instructed him to put a tree in the waters, Ex 15:25.  The waters were immediately healed and they drank.  God then showed up as Jehovah Rapha, the God who heals saying:

“If you diligently heed the voice of the Lord your God and do what is right in His sight, give ear to His commandments and keep all His statutes, I will put none of the diseases on you which I have brought on the Egyptians, for I am the Lord who heals you.”  Ex 15:26

This appearance is significant!  One would think after such an experience the "Lord of Hosts," or Jehovah "Jirah" (our provider) would show up.  But He did't.  God in His majestic character showed up as the "Lord who heals us."  Why?  Six weeks later, they were in the wilderness again.  Complaining about needing food, they raised their voices against Moses and expressed the desire to go back to Egypt.  “Oh, that we had died by the hand of the Lord in the land of Egypt,” Exodus 16:3.  What does that kind of complaining represent?  Their reaction represented an unedited mindset entering a new season.  The Israelites were unable to see what God was doing amid the fear and shift.  Their minds were bound to an old slave mindset.  Fear drove their response to their environment.  So it is today.  Fear is driving much of the shaking around us.  However, God is releasing a "Divine pause for a divine edit,” to mold and shape us in preparation of what is to come.

What is a Divine Edit?
So what does a Divine Edit look like?  When do you know you are going through one?  Here are some thoughts:       The overwhelming fear behind the CV epidemic is a sign of God calling His body into order.  A divine pause is being declared so that distractions and "Busy-ness" are called to a halt.  We are being called back into the cave to hear the "Still small voice."  A course correction is ahead, and new territory is about to unfold.  The molding hands of God are coming upon the hearts of those yielded into the halt.  What are lessons we can learn as we go through this “Divine Edit” and new season: Release of an End-time Outpouring, the Harvest with Supernatural Healing:
We are in an unprecedented opportunity to cross-over into the present-day promised land:  the harvest, revival, and outpourings of His Spirit.  Many have prayed for such a time as this. Some have had a taste, but I doubt we have seen what is coming in its fullness.  As we face this assignment of fear, allowing the divine edit to re-work us, we are being prepared to meet Jehovah Rapha, “The God who heals us.”  God is calling us into this “Divine Pause,” to align and prepare us for promises to come.  Let us believe for an outpouring of healing and miracles as we allow His hand to move upon us.    A divine edit is taking place that if we yield to the pause, we will move into the promises of the future with clarity, hearts yielded to His purpose, filled with compassion, and empowered by His Spirit.


In the encounter of the Divine Pause,
Susan Rowe
The Global Watch

Recommended references from medical community:
Prophetic word regarding Covid-19:  The Wrestling of God has Begun
Medical Facts and Preparedness
COVID-19  How then Shall We Stand?  Perspectives and prayer points